“Children are a heritage from the Lord, offspring a reward from him.  Like arrows in the hands of a warrior are children born in one’s youth.  Blessed is the man whose quiver is full of them.  They will not be put to shame when they contend with their opponents in court.”  (Psalm 127:3-5)

Lord it’s been forever since I have posted a blog post. Let’s just say the past few months have been kind of hectic.

I had my baby shower at the end of May. We were definitely blessed! We decided on an elephant theme that was super cute! The decorations were amazing thanks to my sister and the food was a huge hit…thanks to my mother-in-law, mom, and aunt. 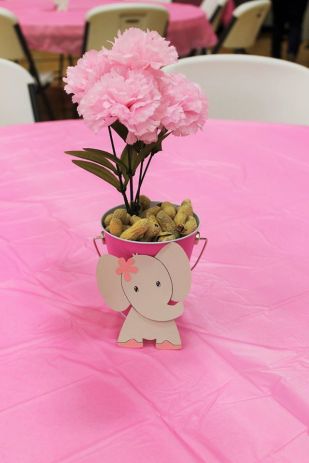 I absolutely adore and love this man. The kids are lucky to have him as a daddy :).

Josh and I are proud to present Reylin Dean Thompson 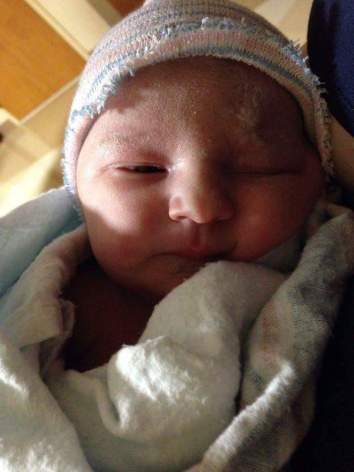 I am absolutely in love with her! She is the best baby.

It all started around 4:30-5:00 a.m. on Thursday, June 9. I woke up in pain with my back and stomach hurting. It was like a cramp but not at contraction level.

I am NEVER up that early. Not only was I up but I was up in the bath tub trying to relieve some of the pain. After that I was folding all of the baby’s receiving blankets and covers. I had no idea…but looking back I was probably nesting. I just kept thinking to myself who folds laundry at 5:00 a.m.!?

I had an appointment with my midwife only a few hours later. The plan was that she was going to strip my membranes  and hope that I went into labor a few days later. I was happy with that because I wanted my baby….I was getting impatient. I was two weeks from my due date and did not want to wait any longer.

Since I had been up since 5:00 a.m. I was absolutely exhausted! My stomach was sore and I just did not feel good. My blood pressure normally runs around 115-120/80. It had been perfect my whole pregnancy and that was about to change. They checked my blood pressure as usual and the nurse seemed concerned. She had someone else come check it and they said it was high too. My (systolic-top number) was 145. Which was high. My midwife came in the room and proceeded to tell me that my blood pressure was high and there was no need to keep me pregnant any longer. I was like what? She said that since my stomach was sore I had most likely been having contractions all night and  my body was getting ready to go into labor on it’s own.

The next thing I know she is telling me to head over to the hospital to get signed in. I was in absolute shock. She told me we would be having a baby that evening or early the next morning. I was so happy but it set in…..oh gosh…..I was going to have a baby in a matter of hours!! I started to get really nervous. Luckily my little sister was with me so it helped a ton.

We head over to the hospital and they get me in the first room where they ask me all of these questions and get me hooked up to monitor my blood pressure. Keep in mind Josh is at work and texting worried to death.

I was terrified my blood pressure would go back down and they would send me home. So I wasn’t getting my hopes up of having the baby that day. Josh wanted to leave work and come to me. But due to conditions at work and the fact he didn’t have much vacation time saved up….I wanted him to be able stay at work as long as possible. There was no need for him to come to the hospital and just watch me lay there. I wanted him to be able to be with me and the baby after she was born.

They then moved me to labor and delivery hall. The nurse broke my water at 12:00 noon and gave me my Pitocin at 2:00 p.m. I so badly wanted to deliver without an epidural. That was never in my plan. But like other things….that was about to change. I laid there for hours toughing out the pain. I was trying to be strong. However, every time I got a contraction the machine measuring my blood pressure would go crazy!

She then told me that my no pain medicine wish was not going to be an option anymore. My body was not handling the pain very well, even if I thought I was doing pretty good. My body was just not cooperating with my plan. My two options were an epidural or magnesium. I had never heard of the magnesium but they told me it was painful and would set you on fire. So unfortunately I had to pick the lesser of the two evils. So I went with the epidural.

Luckily Josh had made it to the hospital by this time and was able to be with me while I got the epidural. Once it kicked in my blood pressure went back to being perfect.

I was so exhausted from being super early and my midwife could tell. She told me to take a nap because I most likely would be in labor the rest of the night and into the next morning….joke was on her lol.

So after the epidural kicked in I took a nap. Yes you read correctly…I was in active labor and took a nap haha. After the pain had subsided I was more than ready to pass out.

I went to sleep dilated at 4 cm, took an hour nap and woke up at 9 cm! The nurse came to check me and said, “Oh hey there baby.” Josh and I both were like what?? It was go time and I was laying there completely oblivious!

After 28 surprisingly easy minutes I had my baby girl in my hands. Josh had me laughing and smiling pretty much the whole delivery. I was very blessed with a painless and easy delivery. My recovering was a breeze too! But hey….trust me I’m not ready to do it again any time soon. I want to be able to enjoy my precious Reylin Dean for as long as I can :).

Reylin is named after two of her papaws. Josh’s maternal grandfather, Ray, and his Dad, Rickey Dean. We had noticed on Star Wars the girls name was spelled Rey instead of Ray. I instantly loved it because it felt more feminine. I had the name Reylin picked out before the movie came out but wasn’t sure how I would spell it.

Even though my pregnancy was sometimes rough and had some twists and turns…my delivery and labor was a breeze. Even if it would have been terrible and the worst thing ever….I’d do it all again for this amazingly precious little girl :).

Did anyone else have an easy delivery? Was yours difficult? I’d love to hear about it. Comment below about your baby’s birth story.